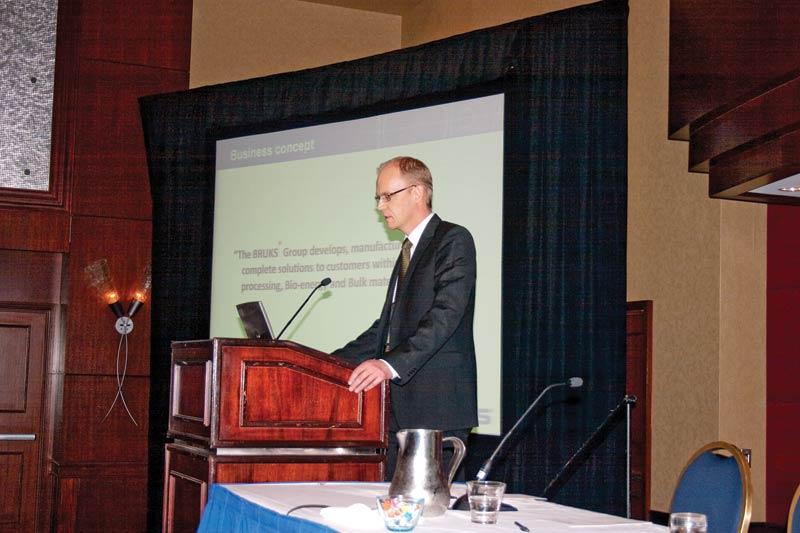 We’re pleased to announce that the third Panel & Engineered Lumber International Conference & Expo (PELICE) will be held February 29 – March 2, 2012 at the Omni Hotel at CNN Center in Atlanta, Georgia. The location in the Grand Ballroom North is the same as the PELICE events in 2008 and 2010.

PELICE is again sponsored by Panel World magazine and Georgia Research Institute. Once again, PELICE will be immediately preceded by the second Bioenergy Fuels & Products Symposia & Expo, which for the first time will be held in the Grand Ballroom North.

The most recent PELICE featured 65 speakers and moderators who addressed a range of topics including resins & adhesives, emerging issues for engineered wood products and panel manufacturers, structural and non-structural products, technologies & issues, and the highly popular energy to emissions sessions. The expo portion of the event featured 60 equipment and supplier companies. Many companies exhibited in both PELICE and the preceding Bioenergy events. Those that do so in 2012 will be able to maintain the same exhibit in the same location for both events, and participate in a new Combo Sponsorship program.

• 96% of the attendees who completed a post-PELICE survey reported they found some aspect or technology in the conference presentations and exhibits that might be useful to their business.

In an effort to continually improve PELICE, and in response to attendee and exhibitor feedback, the organizers have tweaked the exhibit layout to allow for a more thorough flow-through and have moved additional food functions onto the exhibit floor.

Despite a modest economy during the first PELICE in 2008, and a more severe recession during the event in 2010, the consistent feedback from participants is that PELICE continues to deliver an essential and unique event that addresses the specific and timely needs of the panel and engineered lumber industries.